What Are Vegetables Rich in Vitamin B12?

Vitamin B12 plays a very important role in our health, and lack of this vitamin can affect both your mental and physical health. Find out which vegetables are rich in vitamin B12 and how to make them part of your daily life. 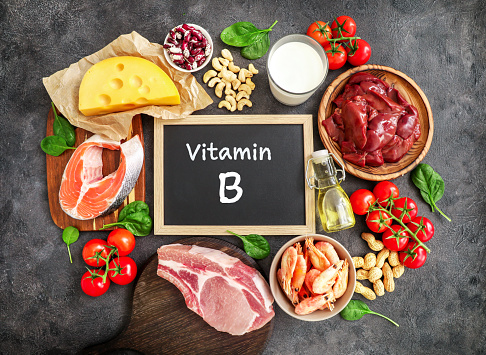 Most adults get enough B12 through their diet, but it is common for older people to have some level of vitamin B12 deficiency , as well as vegetarians and especially vegans, as it is found in large amounts mainly in meat, dairy and eggs.

First of all, check out foods rich in vitamin B12 and also see the main health benefits of vitamin B12 .

This B-complex vitamin, which contains cobalt and is nutritionally known as cobalamin, is essential for the production of red blood cells and for growth and development, especially in children.

The reason it is mainly present in meat, eggs and dairy products is because there is only one source of vitamin B12, which is the bacteria that synthesize in these foods. That’s why more and more research is being carried out to find out if there are vegetables rich in vitamin B12.

Potential vegetables rich in vitamin B12

There are some vegetable sources of vitamin B12, but there is still controversy on this subject. Among these sources are underwater vegetables such as algae and fermented soybeans.

Although some studies agree that these foods may contain this B-complex vitamin, they are in such small amounts that they are not viable.

Other studies conclude that edible underwater vegetation does not contain vitamin B12, but vitamin B12 counterparts, which are elements that are chemically very similar, but do not offer the same health benefits – including, which could even contribute to vitamin B12 deficiency .

Research carried out in Japan showed that the addition of an organic fertilizer, such as cow dung, significantly increased the vitamin B12 content in spinach leaves. This corresponds to approximately 0.14 ug / 100 g of your fresh weight.

However, the consumption of several hundred grams of fresh spinach would be insufficient to meet the nutritional recommendation of 2.4 ug per day for adults.

Furthermore, other research indicates that most organic fertilizers, especially those made from animal manure, contain considerable amounts of inactive choroidal compounds, compounds that are also present in human faeces, where they represent 98% of the total content.

When talking about vegetables rich in vitamin B12, many researches have indicated the alga nori (pophyria) as a potential source of this vitamin, but research is still debating this issue.

Some studies have identified its content as a B12 analogue, while others have come to the conclusion that the amount of vitamin B12 measured in fresh algae is destroyed during the drying process.

As a result, they noticed that eating dry nori (like those used in sushi and temaki, for example) actually worsened the amount of vitamin B12 in the body.

On the other hand, some studies showed that this food contains large amounts of genuine vitamin B12 and that it had a clear biological effect when tested in laboratory rats.

The aforementioned results on this algae are still widely contested and have mainly been interpreted as an indication that, as the vitamin B12 content varies so much from test to test, no clear statement can be made on this matter.

Therefore, Nori seaweed cannot yet be considered a reliable source of this vitamin.

For people urgently looking for a plant-based source of vitamin B12, chlorella is currently considered the best option.

The vitamin B12 content in this seaweed varies slightly between studies, but the average can be estimated at between 80-100 ug per 100 grams.

Considering the vitamin B12 absorption mechanism, the ideal is three grams of chlorella, which is the equivalent of a teaspoon/or approximately six tablets that should be taken in the morning and during the night to cover the daily needs.

However, there is still debate over whether this algae is better than vitamin B12 supplements.

Since supplements contain natural forms of hydroxocobalamin and methylcobalamin, they can be considered identical to natural sources – even if the active ingredients have been chemically isolated.

The vitamin B12 content is very small or even undetectable, however, a fermented soy-based food called tempeh contains a considerable amount of vitamin B12, around 0.7-8.0 ug / 100 g.

Bacterial contamination that occurs during the production of tempeh can contribute to the increase in vitamin B12 content. Other fermented soy products contain minimal amounts of B12 vitamins.

Only small amounts of this vitamin have been found in broccoli, bean sprouts, among other vegetables.

Although this vitamin has been found in many types of tea leaves, research has concluded that it is not sufficient to meet the daily recommendation of 2.4 ug per day for humans.

There is evidence that some populations receive vitamin B12 from vegetables due to ingestion of unwashed vegetables that have often been indirectly fertilized with human feces.

In this case, to ensure that people who follow these diets do not suffer from vitamin B12 deficiencies, especially fortified foods that include dried, raw and prepared vegetables are indicated.

Vitamin B12 is found naturally in animal products such as poultry, milk, other dairy products, fish, meat and eggs.

This vitamin is not usually present in plant foods, but fortified breakfast cereals are a good source of this vitamin, as is nutritional yeast.

Therefore, it is very important to take steps to ensure sources of B12 vitamins other than from vegetables, especially for people on a vegan diet, as no plant-derived food contains enough vitamin B-12, that is, it does not there are vegetables rich in vitamin B12 indeed.

Vitamin D Supplementation – How Much Per Day?