Even in the information age, there are many myths and some confusion about the use of nitrite and sodium nitrate in foods. Such chemical compounds are naturally found in some foods like vegetables, for example, or intentionally added to processed foods like bacon to act as a preservative. 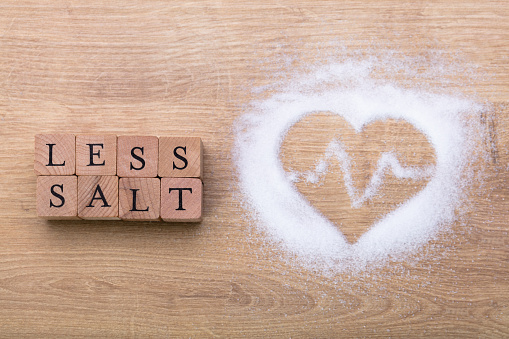 There is some concern about sodium nitrites and nitrates, as many people believe they are harmful substances that can even cause cancer. Others argue that its use is completely safe and healthy.

Let’s discuss whether the use of nitrite and sodium nitrate in food poses a health hazard or whether this is just a myth.

To understand a little better what these substances are, we need to keep a little bit of chemistry in mind. Nitrite

and sodium nitrate are very similar chemical compounds, differing only in the number of oxygen atoms.

and three oxygen atoms. Sodium nitrate is considered practically inert, that is, it does not react with any substance

in the body. In sodium nitrite, however, this atom less oxygen makes all the difference, as it ends up “remaining” a

pair of electrons in nitrogen with one less oxygen, which can easily react with other molecules. In this way, sodium

But what does it mean?

or not to the body. They can be transformed mainly intonitric oxide , which is not harmful to health, or into

nitrosamines, a substance that causes harm to health.

Nitrates, on the other hand, should not cause any harm to health unless they are converted by bacteria or enzymes

naturally present in the body into nitrites and that these nitrites become a bad compound.

Sodium nitrite is the main preservative used in red meat. It is because of him, even, that the raw meat has a

which changes the color of the product. If it wasn’t for this additive, the meat would become dark and spoil faster.

In addition to red meat, nitrite and sodium nitrate are often added to preservatives in processed foods such as bacon,

ham and sausage. Its preservative action helps prevent the growth of bacteria in food and reduces lipid oxidation,

which shortens the shelf life of the product.

The consumption of processed meats is strongly linked to a higher risk of developing certain types of cancer,

such as cancer in the digestive tract. And that’s where the confusion comes in: a lot of people believe that nitrite

and sodium nitrate are responsible for it and other health problems.

However, according to a study published in 2009, about 80% of nitrates obtained through a person’s diet are obtained

through vegetable consumption. How can such an abundant substance naturally be disease-causing?

Even after research published by the American Cancer Society, The National Research Council andthe

U.S. National Academy of Sciences evidence that sodium nitrite consumption can cause cancer and that nitrite

concentrations in normal amounts in preserved meat are not sufficient to cause some type of cancer, many people

believe that the substance causes the disease.

To clarify a little more than nitrite and sodium nitrate are capable of, we will show when these substances are good

for health and when they may pose a health hazard.

As already mentioned, nitrite and sodium nitrate are found not only as preservatives, but also naturally in

various foods such as vegetables, which are considered healthy and are even associated with a lower risk of

In fact, vegetables are the largest source of food nitrates. Even in drinking water we can eventually find

a certain amount of nitrates. Thus, the amount of preservative present in processed products is very small

compared to vegetables, for example.

– Natural production by the body

Our own organism produces nitrates in large quantities and secretes the substance through saliva. Nitrites

and nitrates circulate through the digestive system to the bloodstream, from where they go to saliva and back

into the digestive system, which is called enterosalivary circulation.

Nitrite and sodium nitrate seem to act as antimicrobials in the digestive system, helping to eliminate harmful

bacteria such as Salmonella,for example. They can also be converted into nitric oxide (NO), a very important

molecule for the body’s natural metabolism.

When sodium nitrite loses an atom of oxygen, it can be transformed into nitric oxide, a molecule that has several

to muscle cells around the arteries, for example. When cells relax, blood vessels are dilated and blood pressure

This process has benefits such as preventing or reversing angina, a chest pain that occurs when the heart muscle

does not receive enough oxygen due to reduced blood flow resulting from high blood pressure, for example.

Several studies show that using nitrate supplements like beetroot can greatly lower blood pressure. It is worth

remembering thathigh blood pressure is one of the most dangerous risk factors for developing heart disease and stroke.

Many athletes have been using nitrates to boost physical performance. Several studies show that they can improve

This is probably because nitrates increase the efficiency of mitochondria, the cellular components responsible for

producing energy. Studies show that ingesting beetroot, which is rich in nitrates, for example, can reduce oxygen

demand during exercise by up to 5.4%, increase exhaustion time when running by up to 15% and improve

A real danger related to nitrate in drinking water, for example, has to do with the exposure of children under

6 months of age to drinking this water, since at that age they are not yet able to process very large amounts of nitrate.

This can cause a dangerous condition called methemoglobinemia, which occurs when the hemoglobin in the

blood is excessively transformed into methemoglobin, which is unable to bind oxygen and transport it

through the blood. However, older children and adults have no problem processing nitrates and are unlikely to

According to the US Centers for Disease Control and Prevention, the daily consumption of sodium nitrate

should not exceed 3.7 milligrams per kg of the individual. However, the amount of preservatives added to

products is usually not listed on the labels, making it difficult to control the amount ingested.

A diet high in foods with sodium nitrites, for example, can cause irritation to the digestive system, including

the mouth, esophagus, and stomach, as well as abdominal pain.

A problem associated with the consumption of nitrite and sodium nitrate is the formation of nitrosamines.

In specific cases, the formation of this substance may occur. This usually occurs when cooking at high

temperatures. That’s because nitrites, when exposed to high temperatures and in the presence of amino

acids, can turn into nitrosamines. There are several types of nitrosamines, but the vast majority are carcinogenic

substances, such as those present in tobacco smoke, for example.

Since most processed foods like bacon, sausage and meat contain sodium nitrite as a preservative and are rich

in protein, they are also rich in amino acids (protein-forming substances). Thus, by exposing these foods to high heat,

we are in the perfect condition to form nitrosamines.

It is important to emphasize that the formation of these compounds is only really favored at very high temperatures,

such as during frying with oil, for example. Vegetables, even though they are rich in nitrite and sodium nitrate and

with the potential presence of some proteins, are not usually exposed to such high temperatures during cooking.

So, to avoid the formation of nitrosamines, the ideal is to avoid fried foods and avoid exposing these foods to very

high temperatures. Cooking food over a low heat may take longer, but it will produce less nitrosamines than if the

and are also required to add vitamin C to the product, which inhibits the formation of nitrosamine.

– Risk of type I diabetes in children

Type I diabetes canoccur in childhood when the pancreas is not able to produce insulin. The consumption

of large amounts of sodium nitrite may increase this risk due to the body’s reaction to the substance.