See if it is true that drinking water actually speeds up metabolism or if this is a myth related to the most common and important drink for our health.

You may have already heard that it is essential to drink a lot of water to keep your health up to date, and if you have already researched tips and diets for weight loss, the vast majority, not to mention all of them, recommend consuming a lot of water in order to lose weight. .

No matter which diet you come across: the Paleo diet , the Mediterranean diet , the Atkins diet , among others, will all tell you to drink eight to more glasses of water a day and this is one of the main principles for weight loss. .

Although this is quite widespread, and you may already know the importance of drinking water to maintain good health, some studies have proven that water speeds up metabolism. 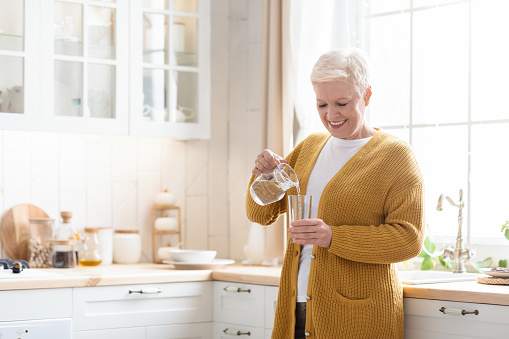 Learn how drinking water speeds up metabolism and the results you can expect from increasing your daily water intake.

Index of this article:

To understand how drinking water speeds up metabolism, it is important to first understand what metabolism is.

Basically, metabolism is the rate at which your body converts food into energy, and the more your body does this, the more calories you burn “at rest”, that is, without doing any exercise or physical activity for example.

While most of your metabolism is determined by genetics and your age, there are a few things you can do to adjust what’s known as your metabolic rate, such as exercising, especially strength or interval training, eating regularly and get enough sleep.

These are all ways to naturally boost your metabolism and make it burn more calories when you’re at rest.

Why water speeds up metabolism

A study called “Water-Induced Thermogenesis” published in 2003 in the academic journal The Journal of Clinical Endocrinology & Metabolism carried out with 14 healthy people, seven men and seven women, all with healthy weights, analyzed the effects of consumption of 500 ml of water on energy expenditure and substrate oxidation rates using indirect calorimetry.

The effect of water consumption on adipose tissue metabolism was evaluated by the microdialysis technique.

As a result, drinking 500 ml of water increased the metabolic rate by 30%, and this increase occurred within 10 minutes and peaked after 30-40 minutes of ingestion. The total thermogenic response was about 100 kj. About 40% of the thermogenic effect originated from heating the water from 22ºC to 37ºC.

In men, lipids primarily drove the increase in metabolic rate, in contrast to women, in whom carbohydrates were primarily used as a source of energy.

Albert Ahn, clinical instructor of internal medicine at New York University Langone, said that when you drink mostly ice water or “bringing the temperature of ice water to body temperature, the body consumes energy and you are causing your body works a little more burning more calories”, but the amount of calories you are burning is not significant enough, that is, drinking cold water will not burn the calories of a hamburger full of calories, for example.

Rocio Salas-Whalen of New York Endocrinology said that drinking ice water works like a thermogenic to boost your metabolism, although she notes that this increase is only temporary, as seen earlier in the study published in the Journal of Clinical Endocrinology & Metabolism in which metabolism increased by 30% in participants for more than an hour.

That is, you should drink water throughout the day to continue speeding up your metabolism.

Water offers many benefits for your body and your health . It keeps your “kidneys and muscles happy” and the list of the various benefits it does for your body only goes on and on.

So, although some studies confirm that drinking water accelerates metabolism, this acceleration may not be so significant, however, water is essential for the body to function well, for the regulation of body temperature, transport of nutrients and other functions.

More than 60% of an adult person’s body is made up of water, and although some people claim that each person should drink about 2 liters of water a day, the truth is that the need varies from person to person, as it depends on a person. series of factors ranging from the ambient temperature to the amount of physical exercise performed.

However, if there is one thing that everyone agrees, it is that it is okay to consume plenty of drinking water, on the contrary, you will only be doing good for your health, so be sure to drink water whenever possible.