Copper, in addition to being an important metal for industrial processes, is also essential as a nutrient for our body. In the human body, copper is present in small amounts but it helps the body to carry out essential functions in our brain, blood and other places. 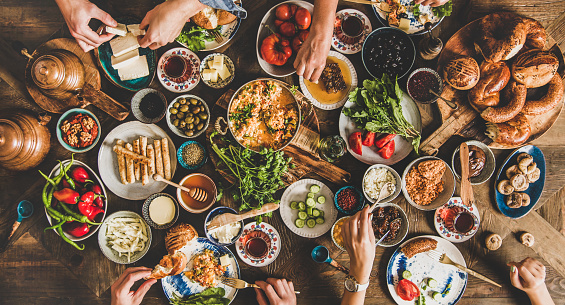 The presence of copper is essential, as it is required by at least 12 enzymes found in the body that depend directly on this mineral to maintain their proper functions. Thus, copper deficiency can cause several damages to our health, since its absence directly affects our metabolism.

Let’s find out what are the symptoms and the main causes of lack of copper, as well as sources of the mineral to avoid problems related to its deficiency in the body.

Copper is an essential mineral for bone, nerve and skeletal health. In addition, it is important for the production of hemoglobin and red blood cells, which influence the use and transport of iron and oxygen in the blood. Although not such a common problem, copper deficiency can harm the body in a number of ways.

Copper is the third most abundant mineral in the body. It cannot be synthesized by the body and must be obtained through diet. As it is essential for our metabolism, since many enzymatic reactions require copper to occur, and because it is involved in the maintenance of cells in virtually all body tissues, the mineral is very important to prevent problems such as joint and muscle pain, including the arthritis.

For these and other reasons, it is important to be aware of your daily intake of the mineral to avoid complications related to copper deficiency.

A low level of copper in the body can affect a person’s immune system and drain a person’s energy. Thus, the main symptoms of the condition include:

If left untreated, copper deficiency can cause some health complications such as anemia, pancytopenia and ataxia. Anemia occurs when the amount of red blood cells, responsible for transporting oxygen and nutrients, is low. This affects the amount of oxygen delivered to the body’s organs and tissues, which can be very dangerous to your health.

Pancytopenia, on the other hand, is a disease that can affect the immune system and health in general, as red and white blood cells and platelet counts are extremely low in the blood. The other complication, which is ataxia, is a rare condition in which individuals lose control of body movements. This is because low levels of copper affect the nervous system.

There are still other complications of copper deficiency that are even less common, involving problems with bone development, loss of pigment in hair and skin, and problems related to growth.

The guideline is that an adult person obtains at least 900 micrograms of copper per day through the diet. If little or no copper is ingested or there is a problem with nutrient absorption, the symptoms described above may be observed.

The main causes of copper deficiency are described below.

The body absorbs copper mainly through the stomach and then it is directed to the small intestine. If a person has a health condition that affects the stomach or intestine, copper absorption is very likely to be compromised. Often, lack of copper is the result of stomach surgeries that affect nutrient absorption.

Another possible cause is zinc supplementation. This is because zinc and copper are metals that compete in the stomach for absorption. Zinc, for having more affinity with the organism, often ends up winning this dispute, being absorbed in place of copper.

It is also possible that people who undergo stomach surgery have greater difficulty absorbing nutrients, which ends up causing copper deficiency.

In addition to supplements, there is a way to replace the lack of copper in the body through the diet. The daily recommendation is that a person consume about 0.9 milligrams of copper. Most people can get this amount without problems on a balanced diet.

Treatment of copper deficiency will depend on its cause. If you are taking zinc supplements, for example, it is very likely that simply decreasing your intake of the metal will increase the body’s absorption of copper.

The most suitable treatment is a copper supplement. Supplements such as copper gluconate, copper sulfate and copper chloride are available on the market. The indication is to take approximately 2 milligrams of copper supplement per day to help normalize the mineral levels in the body.

In addition, it is highly recommended that you increase your intake of copper-rich foods. Another interesting tip is to cook food in pans made of copper so that the food absorbs some of the metal.

Only in very serious cases where supplementation does not bring good results, the doctor may choose to prescribe treatments intravenously. However, in most cases only supplementation and inclusion of good sources of copper in the diet solve the problem.

Copper deficiency is not very common, but it can happen. Despite the complications described above, they rarely occur and the condition is easily treated and copper levels are quickly corrected. According to experts, by following medical advice, a copper deficiency can be corrected in 4 to 12 weeks.

Despite having several health benefits, too much copper can also be harmful. Therefore, the ideal is to ingest the recommended amount and not more than that. Copper ingested in large amounts can become toxic. Copper poisoning can cause nausea, vomiting, diarrhea and even kidney damage or anemia.

In addition, there are reports that copper overload or copper deficiency may be associated with two genetic disorders known as Wilson’s disease and Menkes’ disease. Such diseases are hereditary and very rare. In the case of the genetic condition with copper overload, excess amounts of the mineral accumulate in organs such as the liver or brain, causing problems in the digestive system and nervous system. Therefore, it is always good to know the family’s medical history to avoid complications.

In this way, have a balanced diet always following the expert’s recommendation on nutrient intake. And remember, in addition to copper, to avoid any kind of nutrient deficiency, always have a healthy and balanced diet.

Vitamin D Supplementation – How Much Per Day?

Lack of Vitamin B1 – Symptoms and What to Do